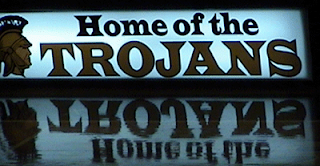 Hillcrest will be a much improved team this season. Junior, Chasity Richardson, looks more comfortable out of the point guard position and in position to shoot the three more. She knocked down several today.

Manassas has a deep roster including transfer junior, Victoria White. Throughout the play day they used a five-in-five-out rotation.

Ridgeway will continue to bring the defensive pressure this season. With the presence of freshman post, Odegua Oigubukie, and junior, Hasina Muhammad, ability to play inside out, Senior Adrian Sanders had the opportunity to display her guards skills including her 3 point range.

White Station is much bigger this year with Seniors, Carnecia Williams and Bria Dillard in the line up together. Sophomore point guard Alicia Payne is a new addition to the starting rotation. Senior Chetavia Rutherford will play more of a shooting guard role.

Fairley will continue to be a feisty squad to deal with. They will be lead by shooting guard, Erica Ousley and point guard, Saraya Maxwell. The squad is also bigger inside with shot blocking freshman, Erica Watkins.

Munford is a solid team. Freshman Kelsey Briggs will be a major contributor in the post. Two years ago as a 7th grader, she was hovering around 5'8. Now she is just shy of 6 feet. Basketball is in her blood with her mom being a former University of Memphis Lady Tiger.

Germantown is a team that's going to take their time on offense. The player to keep an eye on is freshman Breanna Mitchell. She was a major player in middle school and it will be interesting to see how she adapts to the high school game.

Millington has seniors Jasmine Newsome as the leader and Olivia Maddox back from knee injury. It will be hard to replace all the talent and leadership from last year's team. However, they will be much bigger with over 5 players at least 5'9.