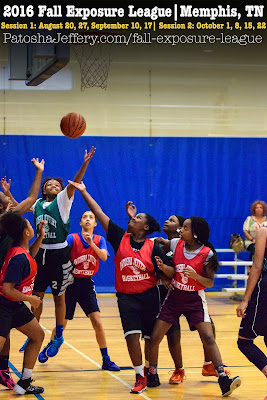 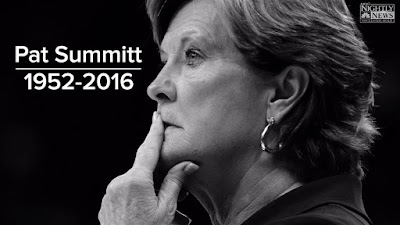 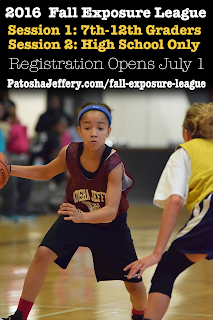 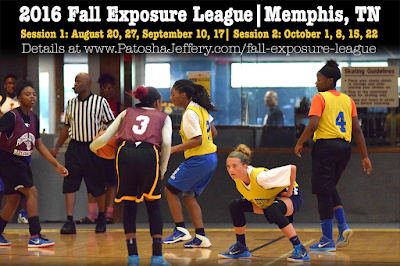 Get details at http://patoshajeffery.com/fall-exposure-league/
Posted by Patosha "Po Po" Jeffery, Girls Basketball Trainer at 8:35 AM No comments:

Ciara Taylor stands out in Insider Exposure All American Camp

Ciara Taylor 5’7 PG Tenn Flight Select 2021
One of the few junior high players allowed to participate on Saturday with the high school players. It did not take long to take notice of her, as she slashed and dashed through defenders. She did not shoot it much from the perimeter, however when she had the ball in her hands coming down hill something positive happened. Her physique allowed her to take hits and finish with contact, she also thrived as a distributor.


Myah Taylor (Olive Branch, 2017) PG Myah is a speedy point guard who looks to set her teammates up before she looks for her own shots. Her ball handling, quickness, and court vision make it easy for her to blow by defenders and find open teammates. She can also score when she needs to. She can do this by either knocking down jumpers or getting to the rack and finishing at the rim. On the defensive end she plays suffocating defense which makes it tough for opponents to run their offense.

Jasmine Carson (Central, 2018) SG Jasmine is a knockdown spot up shooter, who can also get to the rim when she is overplayed. She does a good job at finding open spots on the floor where her teammates can get it to her for open looks. On the defensive end she constantly pressures opponents with tough on ball defense. She is also good, at playing the passing lanes, which leads to a lot of steals for her teams.

Lanetta Williams (Arlington, 2019) PF/C Lanetta is a very athletic forward who can handle the ball on the perimeter, as well as score from outside. She has good ball handling skills, which allows her to beat defenders off the dribble and get to the basket. She uses her athleticism to sprint the floor well which leads to a lot of layups. She also has a very strong post game, with a variety of moves to beat defenders on the block. She contests or blocks a lot of her opponents’ shots, and she is very aggressive attacking the boards.

Tesia Thompson (Hamilton, 2017) PG/SG Tesia is a suffocating defender, who can finish in transition after she has forced a turnover. She has a quick first step which allows her to beat her defender, and finish at the cup with either hand. She uses her ball handling to create space and knock down jumpers over her defenders. She knocks down set shots with consistency, as well as her free throws when she gets to the line.


Taelor Manning (2017), 5’8 G, White Station HS, Memphis, TN – Manning was a very smooth guard that came with some skill. She showcased her ability to see the floor well and played unselfish basketball setting her teammates up for easy buckets. Manning was also a threat from the outside with the ability to knock down an occasional three. Her athleticism also made her a stingy defender on the ball while being active away from the ball.

Savanna Owens (2018), 5’9 PG, Briarcrest Christian School, Memphis, TN – Owens was one of the better point guard’s at the Hemi Showcase this year. Owens runs the true point guard role and did very well in doing so. She did a great job of finding teammates, but also kept the defender true by scoring at the basket when given the opportunity. Savanna’s athleticism and quick feet also made her one of the better on-ball defenders at the event.

Madison Griggs (2019), 5’8 G, Houston HS, Memphis, TN – Griggs was another newcomer to the event and performed well over the two day event. Griggs displayed tons of athleticism that was matched with an impressive offensive game. Madison handled the ball very well against pressure, scored off the drive, as well as hitting shots from the outside. Griggs’ stock is up after this event and is a player that could find herself in some national rankings list.

Jayla Hemingway (2019), 5’10 G, Houston HS, Memphis, TN – Jayla continued to impress all media outlets that were at the Hemi Showcase. The thing about Jayla is that despite her already being an elite player, she continues getting better or adding something to her game each time we see her. This time it was the improvement of her ball handling as well as a quicker release on her shot. Jayla continues to solidify herself as a top 10 player in the country in her class.

Article and image from Clarion-Ledger.com 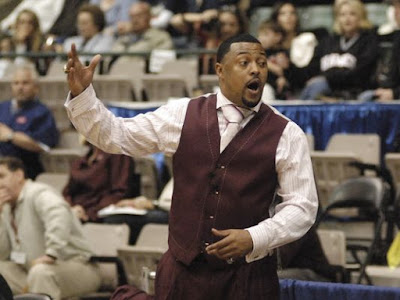 Olive Branch spent most of last season ranked No. 1 in the state before bowing out early in the Class 6A girls basketball tournament.

The Lady Quistors finished runner-up to rival Horn Lake for the state title in 2014-15, and the school hired Jason Thompson in hopes he can lead them to their first state title.

“It’s not an ordinary job,” said Thompson, who resigned from Byers in March. “Everybody knows about Olive Branch and is familiar with the program and the kids involved in the program. It will be a new situation for me, a different challenge and one I’m excited about taking on.”

Thompson said he didn’t expect to coach again, that he was looking toward administration. But he couldn’t pass up this opportunity.

Thompson replaced Blake Jones, who was 111-40 in five seasons before he took the Biloxi job in April. Thompson inherits a team that finished 27-3 before falling to Starkville in the second round of the Class 6A playoffs and arguably the best player in the state, Mississippi State commit Myah Taylor.

Taylor is Thompson’s fifth Dandy Dozen player he will coach. The other four went on to be Division I basketball players as well.

“It’s a good situation and a good problem to have, if you call it that,” said Thompson of coaching another Dandy Dozen player. “She’s a great kid. I’ve watched her and admired from afar. I’ve coached against them and have been to a lot of their games when they competed against Horn Lake. She’s going to be something good.”

Going from Class 2A to 6A is a challenge that Thompson has gladly accepted. But a bigger challenge lies inside the region. His wife, Janna, coaches Horn Lake.

Three years happily married, the competitive couple made a vow before tying the knot that their teams would not play one another. They coached against each other one time prior in the regular season, when Byers edged Horn Lake 52-49 in the Northwest Christmas Classic in 2008.

But now, they will play at least two, maybe three or four times in a season.

Jason’s Byers team had a run of eight straight years of going to the state tournament through the 2013-14 season while Janna’s Horn Lake squad did it six straight, with it coming to an end this season.

Horn Lake has won three state titles under Janna, and the road in North 6A just got harder for a couple of the class’s traditional powers.

“I know there’s a lot of anticipation and excitement,” Thompson said. “I’m ready to hit the ground running and give the kids everything I have. I hope they reciprocate that and go as far as we can go.

“(Class) 6A is a different brand of kids and how they play. (Class) 1A and 2A is a lesser version of that. My Dandy Dozens and teams could hold their own against 1A through 6A. This will be my first ride. Overall, it’s basketball. Olive Branch has been going and working with a well-oiled machine. The only thing missing is winning that final game and being called state champions.”
Posted by Patosha "Po Po" Jeffery, Girls Basketball Trainer at 8:24 PM No comments: 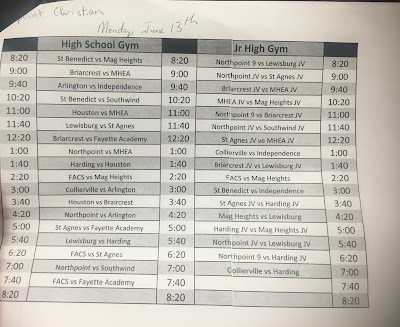 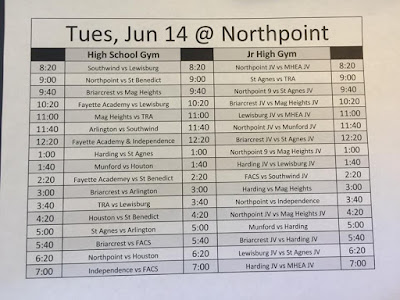 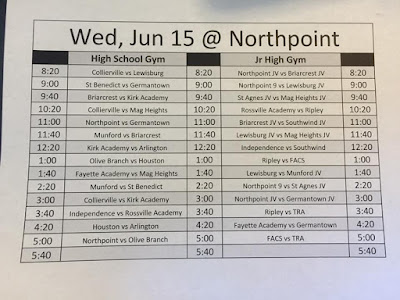 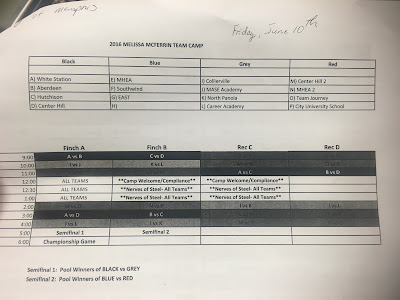 Posted by Patosha "Po Po" Jeffery, Girls Basketball Trainer at 9:53 AM No comments:

Click image to enlarge it. (Schedule is subject to change) 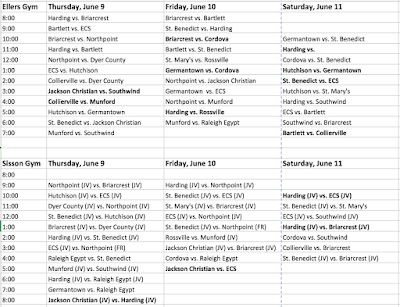 Posted by Patosha "Po Po" Jeffery, Girls Basketball Trainer at 9:18 AM No comments: