Here are some opportunities within the region surrounding Memphis to work on developing your basketball skills and guarantee that you are playing in front of the specific women’s basketball college coaching staffs:

Pass Tha Ball was there evaluating the event and this is what they had to say about Jayla:


Jayla Hemingway, 5-10, shooting guard, Tennessee Flight Silver (Collierville, Tennessee) Hemingway, a Power 5 prospect, is a first option driver, but can, as she did in the bracket final, hit a key three. She led Flight in scoring in the championship game.

image and article from Clarion-Ledger 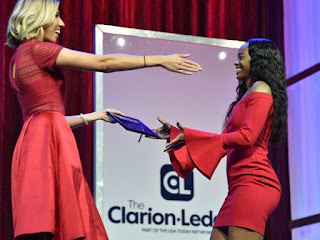 When Myah Taylor’s senior season began, she had already been named Gatorade Player of the Year twice. She was ranked as the No. 1 player in the state of Mississippi and top 50 in the country. She’d won countless tournament MVP awards and earned the Female Athlete of the Year award for her performance on the court during the 2015-16 season.

Still, Taylor had one more accomplishment to add to the list: become a state champion.

Her four previous seasons with Olive Branch were nothing short of spectacular individually. Her talent on the basketball court was proven year-in and year-out by the accolades she continued to pull in. Every year though her team fell short of winning the coveted gold ball.

Everything was different her senior season, with nothing to lose and everything to gain. Taylor knew this would be the year they’d win it all. Averaging 23 points, eight assists, five rebounds and three steals per game, the 5-foot-7 point guard led Olive Branch to its first state title in school history. She's also now the first two-time winner of The Clarion-Ledger Sports Awards Female Athlete of the Year award.

“It wasn’t easy,” Taylor said. “There have been some great moments and some sad moments. Very painful moments when my body was sore and I felt like I couldn’t do it anymore. It wasn’t easy, it wasn’t easy at all. But it was worth it. I’m just glad I never gave up.”

Her entire career Taylor has reaped the rewards of her hard work and determination to be the best. On top of winning a state title this season, Taylor earned the Gatorade Player of the Year nod for the third consecutive year, was a McDonald’s All-American nominee and made USA Today’s third team.

If she hadn’t already cemented her place in Mississippi high school basketball history, there’s no question she has now.
Posted by Patosha "Po Po" Jeffery, Girls Basketball Trainer at 5:30 AM No comments:

InsiderExposure Media was in attendance at the NEB Spring Invitational event during the second week of the NCAA Spring Evaluation period. Several Memphis-area players caught their attention.


G Sade Hudson 5’8 2018 Team Slink Pink (Trezevant) 2018 Set the tone for her team all weekend through her awesome hustle and activity on defense. She also proved to be a nightmare for opposing teams through her playmaking on offense- whether it was her shooting the 3 ball at a high clip, blowing by her man and finishing at the rim, or penetrating and finding her teammates for open shots- she did it all!

G Chloe Moore 5’9 2020 Lady Silver Foxes (Greenfield) Big time game winner! She already has great length and athleticism for a PG. She plays hard, competes on the glass at both ends, has great vision and awareness, and is very adept at using fakes (whether off the catch or off the dribble) to get wherever she wants. She had one of the best clutch plays of the weekend when she drove the full length of the court, shook her defender loose and stepped back into a 3 pointer to tie the game up and send it into overtime.

G Joi Montgomery 5’8 2020 AR JB Lady Ballers (Marion(AR)) 2020 Baller who can pretty much do everything. Easily the most enjoyable player to watch this weekend purely because of her will to win. Whatever her team needed- she delivered. Big time rebounds, lock down defense and clutch plays down the stretch were all on display. She was very unselfish as well and always seemed to make the right decision. 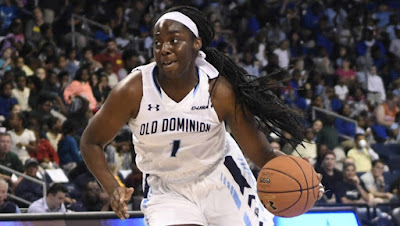 The 2-time Miss. Gatorade Player of the Year and ⭐️⭐️⭐️⭐️⭐️ G Myah Taylor is a Bulldog!!! #HailState

From the Commercial Appeal


Meet the semifinalists for The Commercial Appeal's girls basketball player of the year.

The winners will be announced the inaugural Commercial Appeal Sports Awards at the Opheum on June 9.

Player of the Year SemiFinalists 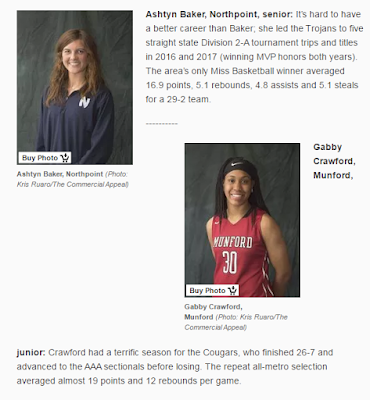 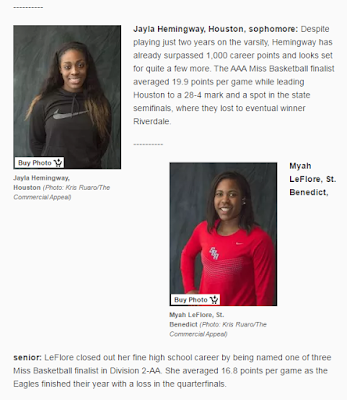 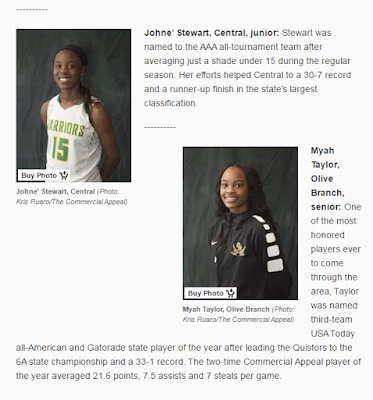 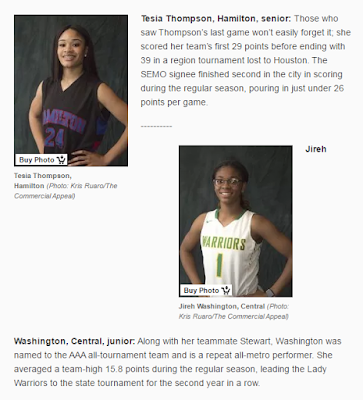 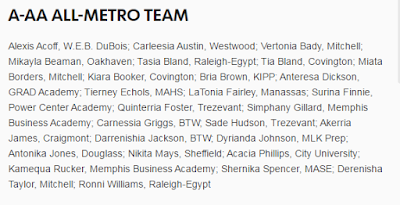 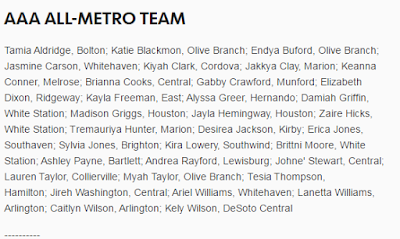 image and article from The Jackson Sun 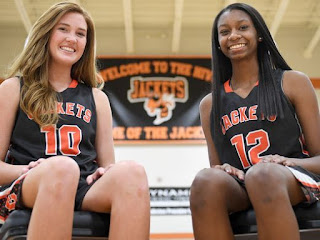 GREENFIELD — Girls basketball at Greenfield has always been one of the top programs in West Tennessee.

But with injuries and the reliance on young players, there were some unknowns on how good the Lady Yellowjackets could be this season.

Behind the play of freshmen Tess Darby and Chloe Moore, Greenfield won its first girls basketball district title since 1979.

"I expected us to be able to compete for the district title because I had played with these girls before, and I know how to play with them," Moore said. "It was a great experience."

Darby and Moore play totally different positions for the Lady Yellowjackets, so they know how to feed off of each other and attack in two different ways.

"We were used to playing with each other," Darby said. "We knew what our strengths and weaknesses are."

So what does each feel like her strength is?

"I feel like I see the floor really well, and I know when and where to pass it," Moore said.

"My strength is my height and being able to play in the post," Darby said.

Moore does more of the ball handling, working on breaking presses and running the offense, which Darby feels complements her game.

"She can dribble the ball, unlike me, so she can help us get into our offenses," Darby said.

Darby is more of a threat under the basket, and she has the ability to score 30 points on any given night, which complements the play of Moore.

"Tess' shooting helps that when I pass it to her, she has a quick release," Moore said.

Greenfield reached the region semifinals this season before losing to Dresden. Darby felt that the Lady Yellowjackets should have done more, but she is ready to put in the work this offseason for next year.

"I want to get stronger," Darby said. "That was one of the hard parts about last year was going up against bigger, stronger people."

Moore also has her sights set on being better for next season.

"I want to be more of a leader next year," Moore said. "We have a lot of potential with the ability to go to state."
Posted by Patosha "Po Po" Jeffery, Girls Basketball Trainer at 5:30 AM No comments:

Several players from our area made the teams: 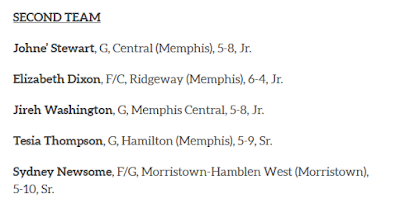 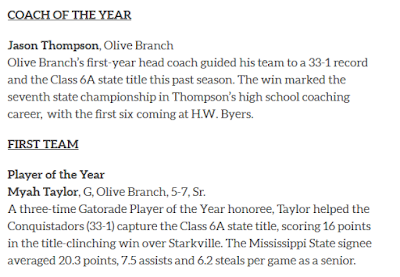 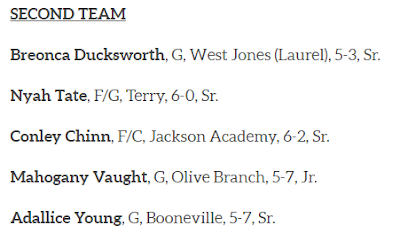